Abby is complete perfection! This was a dream baby for me out of our wonderful broodmare Georgie (half sister to Max and Doug). From the minute Abby was born I knew we would retain her as a future broodmare, and every day I love her more. As a six year old, with less than a year under saddle, Abbigail won every dressage class she entered with her lowest score being 69% at First Level. This girl is truly a joy to have in our program!

Abby was preparing for her debut at PSG in 2020 when Covid hit, and unfortunately sustained a fracture to her hock in a paddock accident in April. After significant efforts to rehab the injury Abby is most comfortable as a light riding horse not a competition horse. Fingers crossed for a healthy foal in 2022! 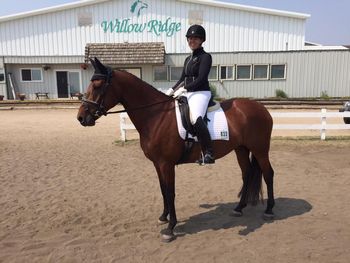 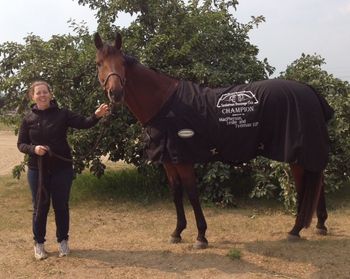 Annika was bred and raised at our farm, and was trained to fourth level dressage before being sold as a school master for an adult amateur. After a few years circumstances changed for Annika's new owner and we were offered the opportunity to bring Annika back to our farm. We jumped at the chance and have now added her to our select group of broodmares. Annika has an exceptional work ethic, with a very calm disposition. She loves to have attention and is always the first at the gate.

Annika is by the Hanoverian stallion Autocrat and out of Clerical Crisis, a thoroughbred mare with a significant sport horse pedigree including Bold Ruler and Nasrullah. In addition to showing great aptitude for piaffe/passage work, Annika demonstrated excellent form over fences. Autocrat was imported from the Celle State Stud in Germany and provided himself under saddle but successfully completing the 300 day test. He was ranked 14th out of 50 stallions and placed 7th in dressage with over 120 points. Autocrat scroed 8’s in: character, temperament, willingness to perform, rideability, trot, canter, jumping and scope. Autocrat was known for his quiet, kind temperament, willingness to please, handsome good looks and versatile bloodlines. He consistently passed those qualities on to his offspring, as well as his excellent hind leg mechanics. 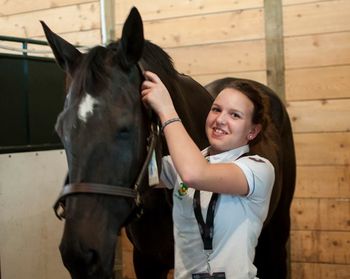 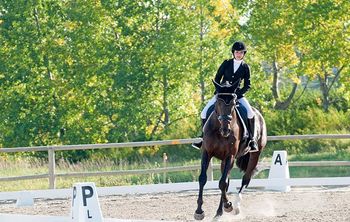 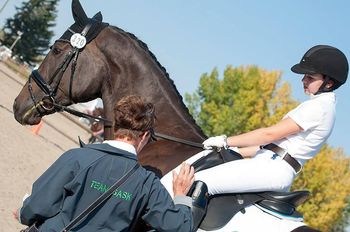 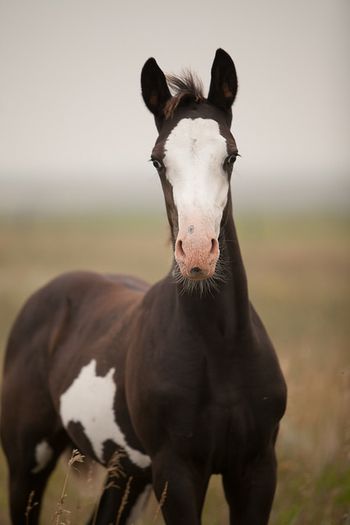 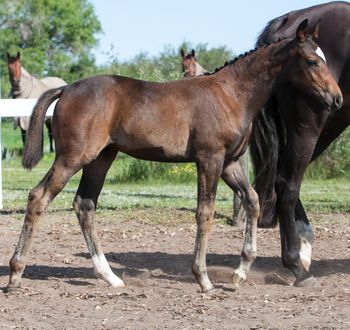 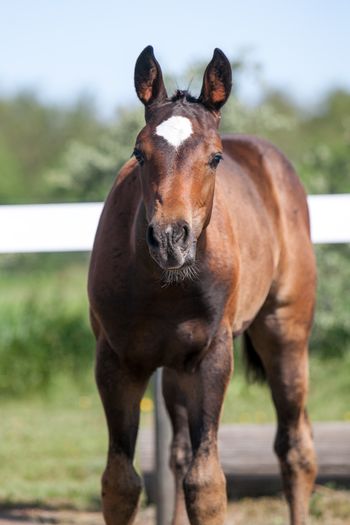 Erin was bred and raised at our farm and was originally intended to be a dressage prospect for Jill. Unfortunately she suffered an accident in her paddock about a year into training and was retired to our broodmare herd. Erin has produced our best moving horses and always adds her exceptional hind leg and a powerful uphill canter to her offspring, along with a kind disposition. She received 8's on her trot at her German Oldenburg inspection with the inspectors proclaiming that she was one of the nicest mares they had seen in Canada. Unfortunately her sire Eastern Ruler (KWPN) does not allow Erin to qualify for the Main Mare Book with the German Oldenburg Verband.